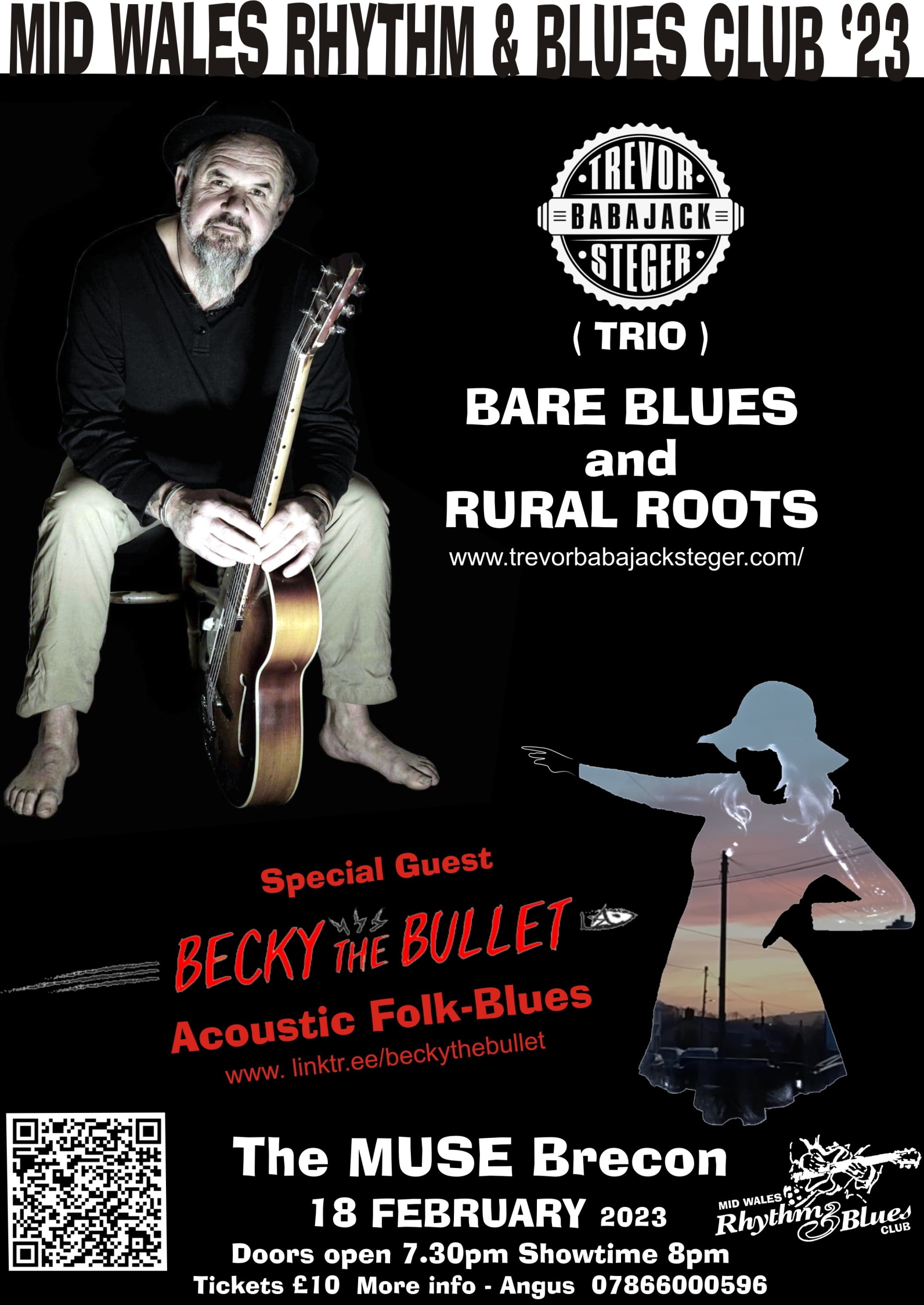 Trevor Babajack Steger is an English musician, living aboard the Narrowboat ‘Sirius’ on the River Avon.

His music is influenced by his passion for early rural Blues and rhythmic African roots. Trevor writes and performs his own genre of original and seemingly improvised music, that makes him a thrilling and unique artist.

His style of slide guitar, harp playing and song writing has earnt him nominations in the UK Blues Awards, British Blues Awards and Blues & Roots Radio and air-play on Radio 2.

Trevor has always been a hard working musician, playing for folk in clubs and international festivals, from bars to The Royal Albert Hall.

“Trevor Babajack Steger with only his guitar, harp, voice and a stomp box remind us how powerful a writer and performer he is” – Liz Aitken – Blues Doodles

Becky The Bullet is a singer songwriter from Pembrokeshire who loves to experiment with different genres and different tempo changes, seamlessly combining rhythmic strumming into intricate picking, accompanied by dynamic vocals that will have you tapping and singing along.