Jo Carley and The Old Dry Skulls, plus Candy Mountain 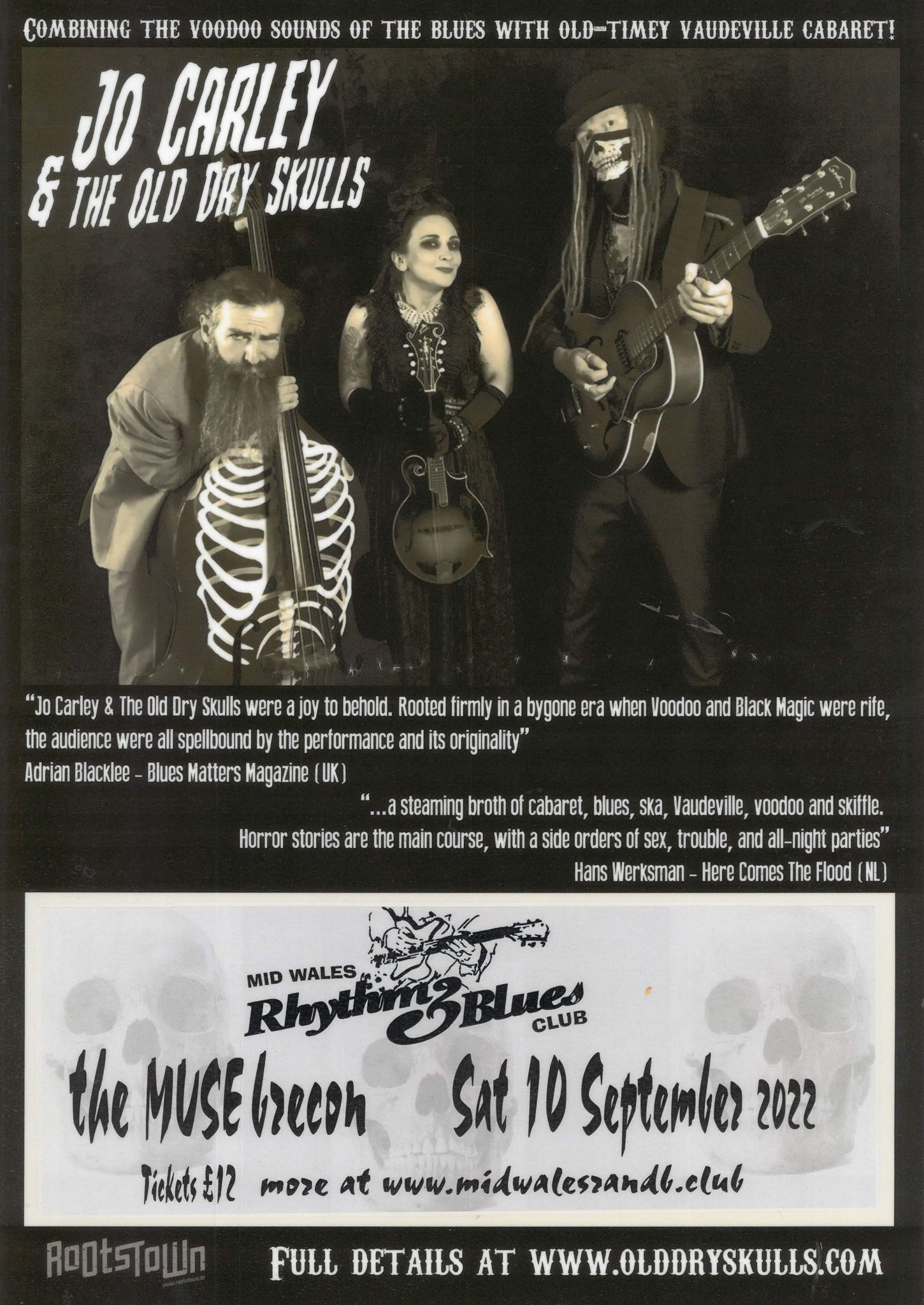 Jo Carley and The Old Dry Skulls combine the voodoo sounds of the blues with old timey vaudeville cabaret. Music that makes people wanna come down and shake their bones!

Dedicated to the subversive, the world of Jo Carley and the Old Dry Skulls is dark, animated and unusual. Seeking to amuse and draw the audience into an underworld filled with wonder, the macabre and the imagination they combine elements of Vaudeville, Skiffle, early horror films, early ska, calypso, old-timey country, and the Blues. This trio play a unique hybrid of early 20th Century music infused with dark Cabaret.

Voodoo has found its way onto the British shores and Jo Carley is the voodoo queen sent to predict hell in a way to entertain and amaze you. This demonic music-hall mistress tells tales of terror in old-timey fashion. She is backed by her song-writing partner and husband Tim Carley, a man of considerable size who plays “syncopated rhythms to shake your soul” on a beaten up archtop guitar, kick drum and rattlin’ shoe, with friend and fellow fiend James Le Huray providing the final ingredients of the spell, in the shape of double bass and banjo.

“Jo Carley & The Old Dry Skulls were a joy to behold. Rooted firmly in a bygone era when Voodoo and Black Magic were rife, the audience were all spellbound by the performance and its originality” – Adrian Blacklee – Blues Matters Magazine (UK)

“… a wonderfully enchanting show where magical songs were scattered.” – thenextgig.nl

“… they’ve conjured up some delicious spells in their cauldron of verse, complete with wing of bat and tongue of snake” – Graham Munn / Blues In Britain Magazine

“With great lyrics and the combination of haunting ragtime blues they create a stupendously enjoyable jaunt into the darker recesses of voodoo, … It’s superb fun and a real pleasure to just indulge in its lyrics and music…” – Lee Powell / Vive Le Rock 2021 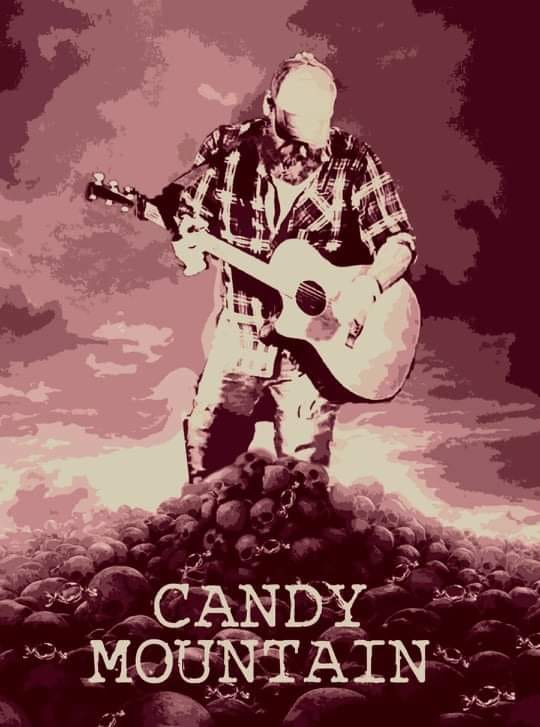 Candy Mountain has been building himself a reputation all over the country as a memorable live act for some time now. His distinctive gravelly voice combines perfectly with his uncompromisingly powerful rhythmic guitar to create a distinctive atmospheric sound, as he drives out the songs with great authenticity and passion.